New Orleans has the well-known reputation of party town central and an amazing assortment of fine dining establishments all wrapped up in a boisterous and lively bundle… think Mardi Gras festivities as standard fare concluding with gusto on the weekend.

But there really is a lot more to experience in Louisiana other than the repercussions of over indulging.

Going from Creole to Cajun in less than Two Hours

After four nights in New Orleans (Creole) we continued on to New Iberia (Cajun) to visit a family member and immerse ourselves in Cajun culture and cuisine as well as take in some of the unique experiences found only in “Cajun Country” and find the meaning of “Laissez les bons temps rouler! Let the good times roll!”

Our roll time to New Iberia was less than two hours so we exited onto the Great Mississippi River Road which is the home to dozens of beautifully restored antebellum plantations.  We selected the Laura Plantation (https://www.lauraplantation.com/).

The complex is significant due to the raised Creole plantation “big house” and its rare collection of outbuildings, including six slave quarters.

Bridge over the Bayou Teche

This small town with a big history is situated on the banks of the Bayou Teche which also provides the undercurrent for the history and pulse of New Iberia.

The Bayou was the route that the Spanish followed in the late 1700s when they came ashore and established themselves in the Spanish Lake area.  At around the same time the French Acadians were being driven out of Nova Scotia by the British for fighting alongside the French Troops.

The displaced Acadians eventually settled in Southern Louisiana blending with the French-Creoles, Spanish, Germans, Anglo-Americans and Native-Americans… they became known as Cajuns.

The fusion of these diverse ethnicities through the generations contributed to the uniqueness of their lifestyle, food, music, and attitudes to life… Laissez les bons temps rouler!

During the Civil War the Bayou Teche and New Iberia were once again drawn into the spotlight as being an important gateway for the Union Army’s attack of the South… but that is a long story in itself for a future article.

A Visit to Avery Island is a Must

On the Green Side… Pepper Sauce Production

The claim-to-fame of this 2,200 acre island is that of being the birthplace of TABASCO® brand pepper sauce and being owned by the Marsh, Avery, and McIlhenny families for almost 200 years.

In addition to touring the factory, the beautifully maintained and picturesque grounds are the home of the Jungle Gardens / Bird City wildlife refuge… as well as the ever present alligators. 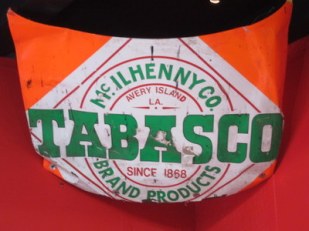 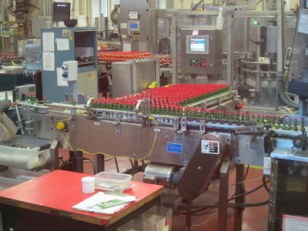 One of the Pepper Sauce Curing Warehouses

Underneath the Green Side… Salt Production

A little known point of interest is that the island sits atop a solid rock salt dome noted to be one of the largest salt mines in the world… it has been estimated to be deeper than Mt. Everest is high.

Our local expert scoped out the best swamp tour group, Cajun Country Swamp Tours (http://cajuncountryswamptours.com/).  Owned and operated by a father and son team, native to the area and educated in Zoology and Botany, they provided an eco-friendly, educational and enjoyable swamp tour into the swamplands of Acadiana known as Cypress Island/Lake Martin Swamp.

Shawn was our entertaining guide for the two hour adventure through ancient cypress trees covered with Spanish moss and waters that were teaming with wildlife… yes there were a lot of alligators too.

Getting a little sun and waiting for a snack

James Lee Burke is a Pulitzer Prize winning author of detective stories and mysteries and is best known for his Detective Dave Robicheaux series of which two were portrayed on screen and filmed in New Iberia… first with Alec Baldwin (Heaven’s Prisoners) and then Tommy Lee Jones (In the Electric Mist).

Rodrigue’s Blue Dog paintings, based on a Cajun legend called loup-garou, catapulted him to worldwide fame.

(Side Note: The Loup Garou is a Cajun legend about a creature with a human body and the head of a dog or wolf, and is said to prowl the swamps around Acadiana… something like a werewolf.)

The Bayou Teche Museum http://bayoutechemuseum.org/ proudly displays the art of George Rodrigue who is revered as a “true son of Louisiana… his art was inspired and enhanced by the landscape and people of Acadiana.”

Tour with a charming and  knowledgeable docent… Tanya Scott

Break Out the Tabasco – Sample Some Cajun Cuisine

You just cannot go to Cajun Country without getting your fix of Gumbo, Etouffee, Oysters (raw, fried or chargrilled), Crawfish (boiled or fried), and Shrimp (fried, boiled, or stuffed with crabmeat).

We wanted fresh, simple, flavorful dining and opted for one of the local favorites, Jane’s (on Jane Street, of course) offering casual dining without the frou-frou things like table cloths or linen napkins. (http://janesseafood.com/)

So before you wrinkle your nose, bear in mind that the long waiting lines on a typical day run about one hour.  People in this town know great food for a reasonable price. 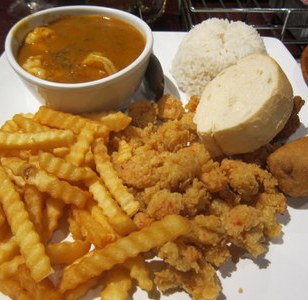 Fresh Raw Gulf Oysters on Half Shell ($13 per dozen)

Chargrilled Gulf Oysters ($9.50 per half dozen)

Victor’s Cafeteria is as down-home as you can get and judging from the crowds this restaurant is another local favorite… we ate our breakfast there every day of our visit.

Special Breakfast for a Yankee Visitor

Beau Soleil Café is a little more upscale and the menu offers amazing regional selections.  We opted for one of the more unusual appetizers… it was excellent!

A Special Place to Stay

We selected the Gouguenheim located in the historic downtown district. It offers the amenities of a larger hotel but the intimacy of an upscale bed & breakfast inn/apartment.  (http://www.gouguenheim.com/index.php)

The wrap around balconies add a nice touch and the complimentary breakfast coupons for the popular Victor’s Cafeteria, which is right next store, is a great way to start your day.

Think about warm Southern hospitality with a Cajun twist and a shot of Tabasco, that   pretty much sums up our excursion into this corner of Louisiana.

In less than a two hour drive you are far away from the cacophony of the “Big Easy” and slowly drift into the Cajun rhythms as you experience a different way of life.

They may, just may, have something in their local expression of … Let the good times roll!

After all, what is the hurry… be inspired… get out there and experience life.